Wylfa Newydd: Hitachi 'not given up' on £12bn nuclear plant 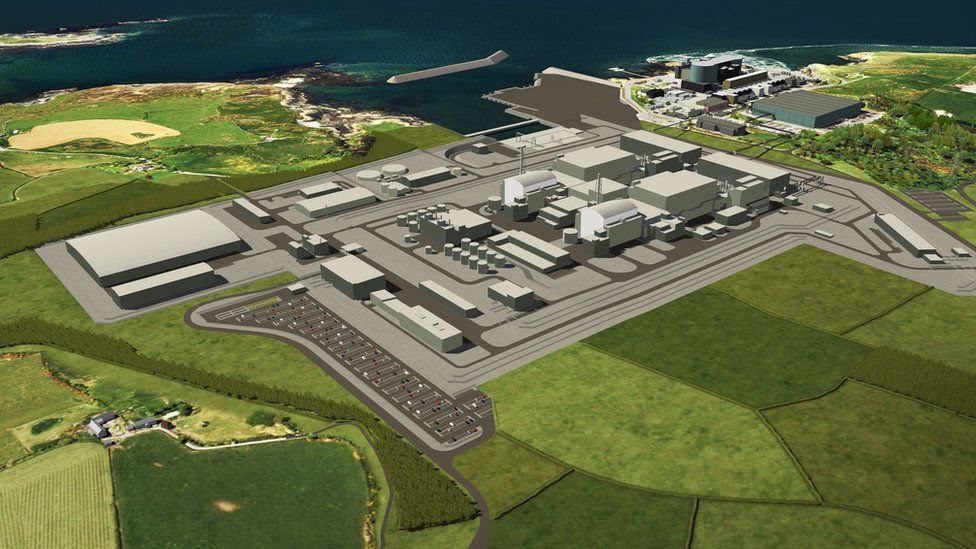 The company behind a £12bn new nuclear power plant in Wales has said it is making every effort to ensure the project goes ahead.

Hitachi said it had "not given up" on its plans for Wylfa Newydd, Anglesey.

It follows speculation the company was considering scrapping the Horizon project due to potential increases in construction costs.

At a briefing, Hitachi's Mr Nishino added: "It's not an easy negotiation, but we haven't given up and are still working on it."

A Hitachi-Horizon spokesman said it had been in formal negotiations with the UK government since June about financing of the Wylfa Newydd project "in a way that works both for investors and the UK electricity customer".

About 9,000 workers would be involved in building two nuclear reactors on Anglesey, if they get the go ahead.