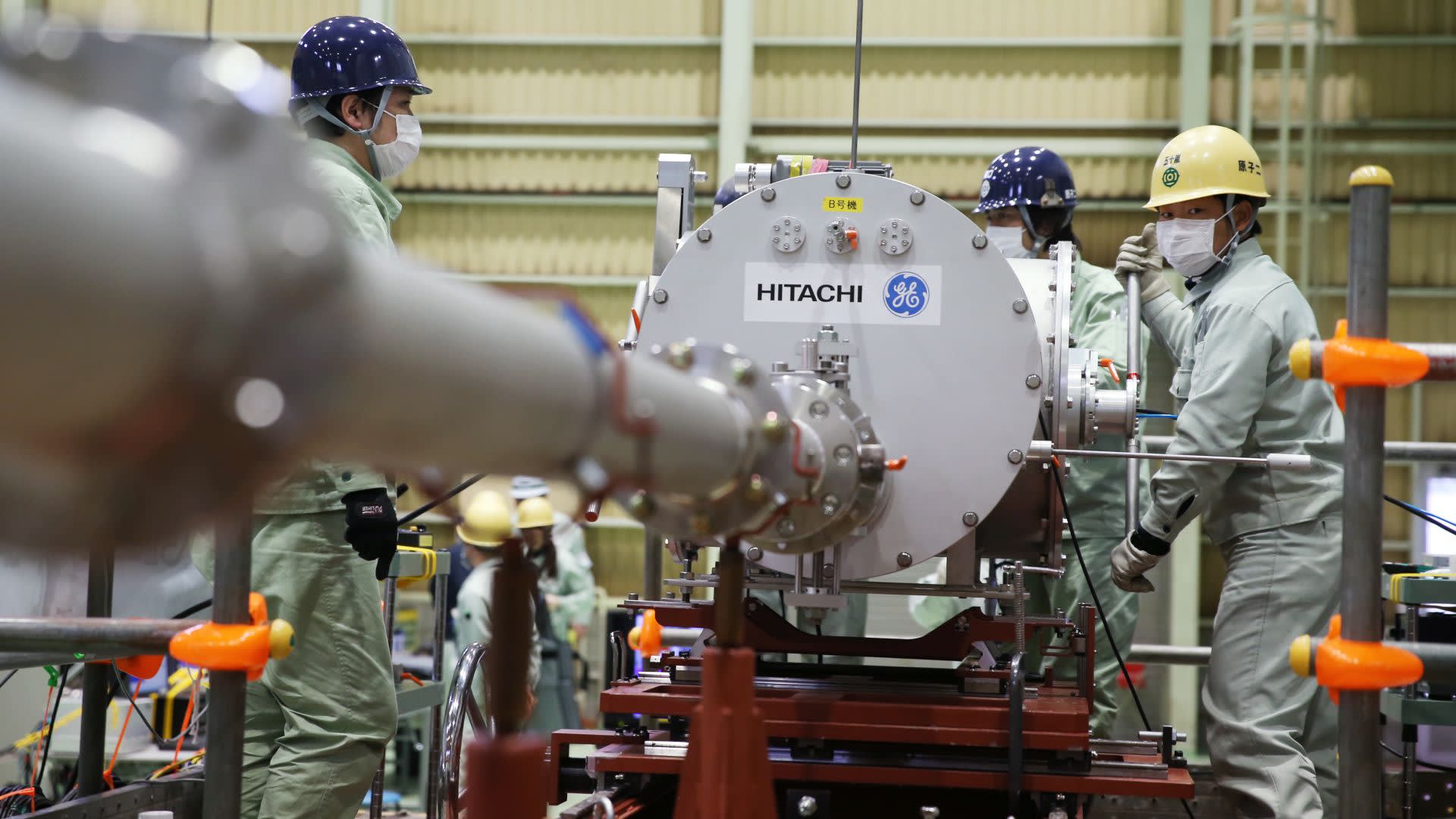 Hitachi group workers inside a Japanese nuclear plant. The company solicited Japanese power companies to support building a U.K. nuclear plant, but has yet to raise the funding needed.

TOKYO -- Hitachi is having difficulty persuading Japanese companies to share the burden of building a nuclear power plant in the U.K., raising the specter of a withdrawal from the project worth more than 3 trillion yen ($26.5 billion).

The Japanese industrial group aims to construct two reactors on the Welsh island of Anglesey through British subsidiary Horizon Nuclear Power. The British government pledged to arrange more than 2 trillion yen in loans, with the remaining cost of around 900 billion yen to be split among Hitachi; the U.K. government and businesses; and Japanese power companies and financial institutions.

Hitachi also has solicited investment from Japan Atomic Power, Japan Bank for International Cooperation, the Development Bank of Japan and others. But the company is having trouble gathering the 300 billion yen needed.

Some within Hitachi oppose the project, arguing that Horizon's operations are too risky. Hitachi has held talks with the Japanese and U.K. governments to keep the project alive.