Inside the nuclear fusion reactor that will 'recreate sun on earth'

The £15bn project could pave the way for a "massive, predictable" energy supply for earth's growing population.

A nuclear reactor that uses the same energy source as the sun is taking shape in the south of France.

Sky News was given special access to the experimental plant near Marseilles.

When it is switched on in seven years' time it will fuse together hydrogen atoms, releasing immense amounts of carbon-free energy in the process. Significantly, there will not be any long-lived radioactive waste.

Previous attempts at nuclear fusion have been too small to extract usable energy.

But the much larger International Thermonuclear Experimental Reactor (ITER) should produce significantly more energy that it consumes.

Aneeqa Khan, a British engineer on the project, said: "Nuclear energy as we know it today is fission, which is when we split large atoms and make smaller ones, releasing a huge amount of energy. 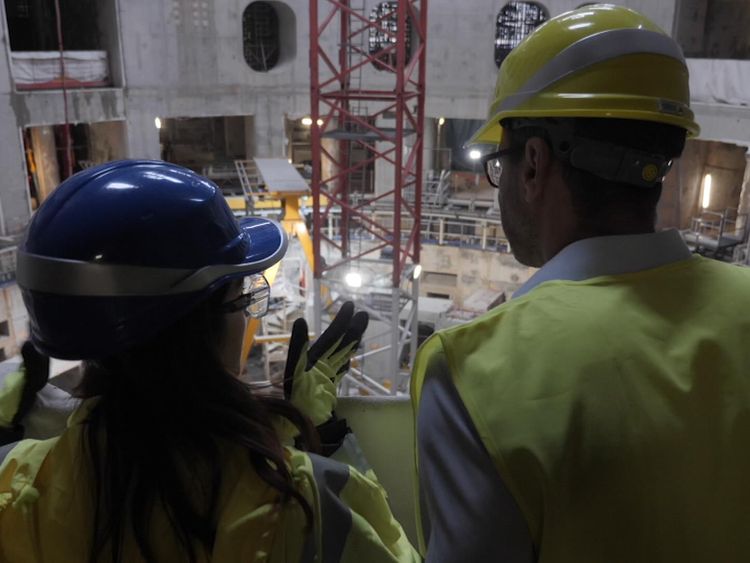 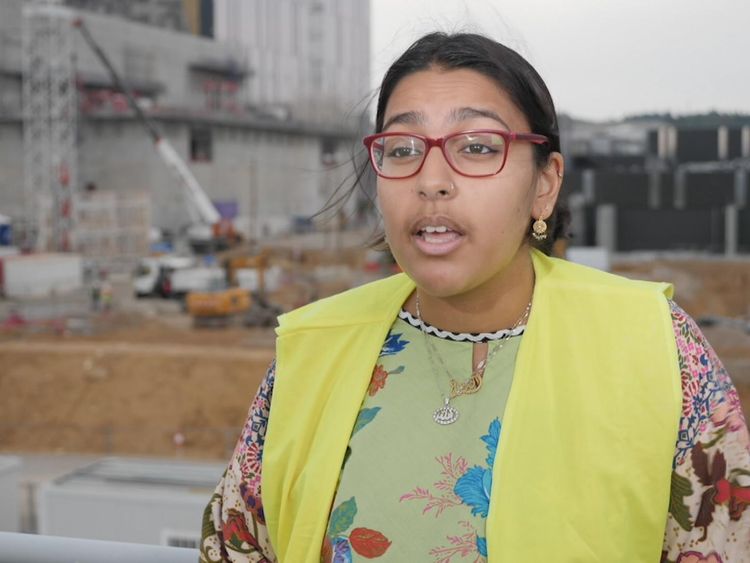 'We are trying to recreate sun on earth, says engineer Aneeqa Khan

"Fusion is when we put two smaller nuclei together and fuse them. It's the same process that happens in the sun - and it releases even more energy than fission.

"But we are trying to recreate sun on earth - so it's a lot more challenging to do."

Two forms of hydrogen gas will be injected into a reactor called a tokamak and heated to 150 million degrees Celsius, ten times hotter than the sun. ITER is due to open in seven years 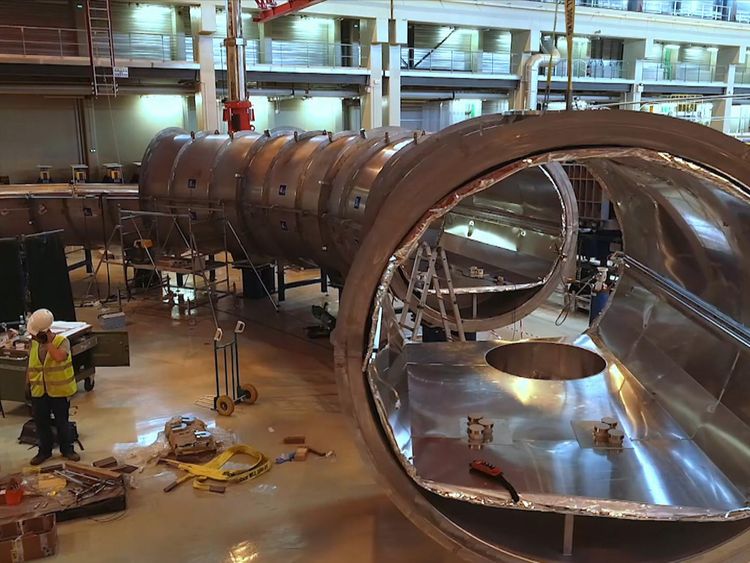 The project is much larger than previous efforts at nuclear fusion

To stop the reactor walls melting, the superheated soup of atoms - called a plasma - will be suspended in a vacuum by some of the most powerful magnets on the planet.

The magnets will be super-cooled to -269C (-452F), the temperature of deep space. It means the reactor will contain both the coldest and hottest points in the universe.

The fusion process produces enormous amounts of energy. A pineapple-sized amount of hydrogen is equivalent to 10,000 tonnes of coal.

It is also extremely clean. The hydrogen can be extracted from seawater.

And unlike current nuclear power-plants, there is no highly active radioactive waste to dispose of.

Scientists believe it will power the second half of the century, when fossil fuels will have been consigned to history because of their role in global warming.

Bernard Bigot, director general, told Sky News that solar and wind energy alone are too diffuse and unpredictable to meet the demands of an ever more power hungry world.

"We are nearly eight billion inhabitants," he said.

"Very soon we will be 10 billion. You need massive, predictable, continuous energy supply. That is why renewable energy will not be enough. When there is no sun or wind you could use fusion." 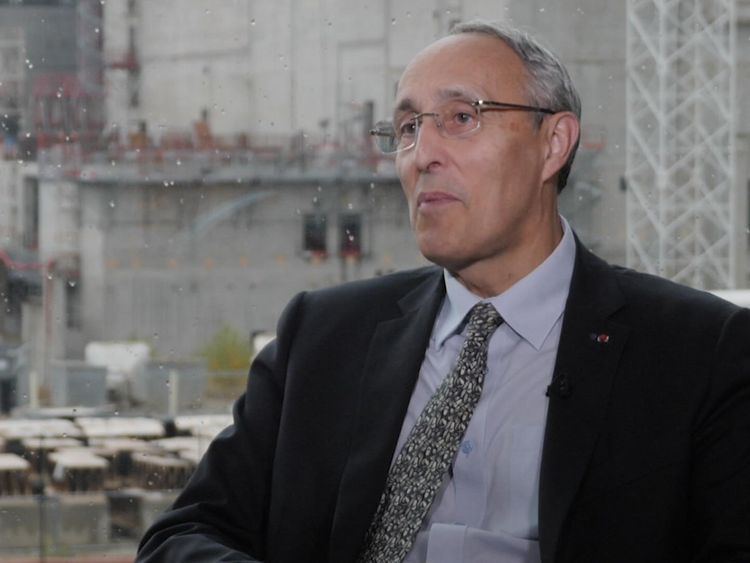 Bernard Bigot, the ITER director, says renewables like solar power are not enough

The project is so enticing that 35 countries, including the EU, US, Russia and China have put in £15bn.

With economies of scale fusion is expected to be no more expensive than electricity made from fossil fuels.