Originally reported on WNN by the WNA.

Unit 2 of the Taishan nuclear power plant in China's Guangdong province has entered commercial operation, becoming the second EPR reactor to do so. The milestone was achieved on 7 September, following statutory functional testing of continuous operation at full power for 168 hours, which started on 30 August, EDF said. This step marks the achievement of all prerequisite conditions for the second reactor's safe operation just nine months after unit 1 was commissioned, it added. 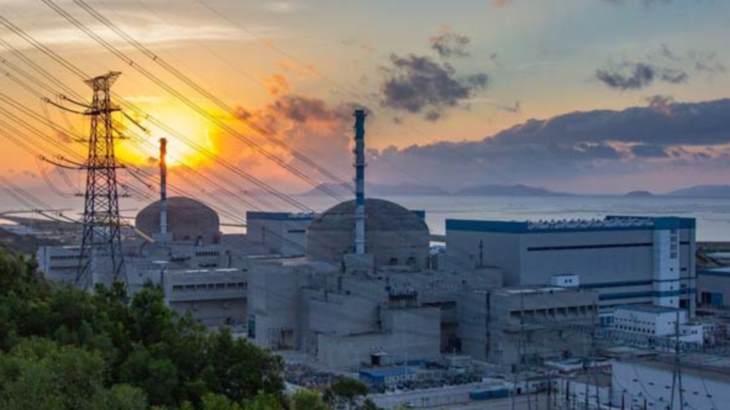 There are three additional EPR reactors under construction worldwide, including Flamanville 3 in France, Olkiluoto 3 in Finland and Hinkley Point C in the UK.

The Taishan units - two 1750-megawatt EPRs - are capable of supplying the Chinese grid with up to 24 terawatt hours of CO2-free electricity a year - equal to the annual power consumption of 5 million consumers, whilst at the same time avoiding the emission of 21 million tonnes of CO2 a year.

Jean-Bernard Lévy, the EDF Chairman and CEO said: "The start-up of the world's second EPR at the Taishan site, combined with the excellent operational performances achieved at unit 1, are testament to the quality of the reactor design and confirm the industrial feasibility of projects undergoing development. The success of the Taishan project is the result of a long and fruitful cooperation between EDF and CGN and more widely in the French and Chinese nuclear sectors. Safe and competitive, EPR technology is an increasingly important asset to make the global energy mix totally carbon free."

The Taishan project is led by TNPJVC, a joint-venture founded by CGN (51%), EDF (30%) and the Chinese utility Guangdong Energy Group (19%). The EDF Group and its subsidiary Framatome supplied the EPR technology for the plant.

Experience acquired through the commissioning of unit 1, on 13 December 2018, enabled the companies to reduce by three months the period between fuel loading and the plant's entry into commercial operation, EDF said. This demonstrates the potential to optimise future EPR construction sites, it added. The first reactors to benefit from this experience are the two Hinkley Point C units under construction in Somerset, England, it said.

EDF and CGN are also partners in the Sizewell C EPR project, as well as in the Bradwell B project which is to be based on Hualong technology.

In a separate statement, Bernard Fontana, CEO of Framatome, thanked "all employees around the world for their unwavering commitment to this project".

He said: "For 40 years, we have together created an exemplary model of cooperation, in this case as a designer with EDF for the Taishan EPR. On this project, we pooled our technological, human and industrial experience and leveraged our ability to work together on complex issues to reach this success.

"We will continue to innovate and fulfill our industrial, social and environmental responsibilities for the sustainable development of nuclear energy and a low-carbon society around the world."